What is Vacuum Forming?

20 Jan What is Vacuum Forming?

Posted at 06:11h in Vacuum Forming by Tomas Lima 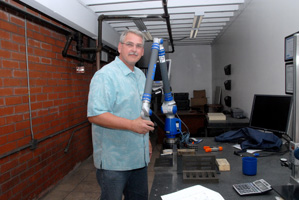 Vacuum forming is a technique that is used to shape a variety of plastics. In school it is used to form/shape thin plastic, usually plastics such as; polythene and perspex. Vacuum forming is used when an unusual shape like a ‘dish’ or a box-like shape is needed. Below you can see the stages involved in vacuum forming.

Many everyday items have been vacuum formed in this way. Look around your home – list some examples. as a guide – some food products are packaged in vacuum formed materials.

We use cookies to ensure that we give you the best experience on our website. If you continue to use this site we will assume that you are happy with it.Ok